She’s Got Spies will be returning to this year’s Sŵn festival, a multi-venue festival in Cardiff and will be playing in Tiny Rebel on Saturday 22nd October 2022.

Laura joined the Kathod project, a collection of women from Wales, and cowrote and recorded ‘O Hedyn Bach’ from the EP released on 5th August 2022 on I KA CHING records, with Melda Lois, Rebecca Wyn Kelly and Tegwen Bruce-Deans.

Will be playing the first gig since late 2019 at The Moon’s 5th Birthday Weekender in Cardiff on Friday 29th April, alongside The Kut and Papa Jupe’s Taurus Club. Happy to be supporting independent live music venues on the infamous Womanby Street, where the first ever She’s Got Spies gig was.

Pleased to be making a return to Focus Wales in Wrexham this year, after unfortunately having to miss it in 2021. Will be playing on Friday 6th May in the Hwb Cymraeg at 6:10pm.

Laura recorded a cover of Super Furry Animals track She’s Got Spies for the Corona Logic tribute album. You can download it on Bandcamp and donations go to Llamau. She’s Got Spies was the obvious influence for the artist name, and SFA were one of the main bands to inspire her to learn Welsh, so was an honour to record this. Diolch Jon for arranging the project, and everyone else involved.

Wales Goes Pop is having a virtual festival this year over the Easter weekend on the 2nd-4th April, and we’ll be playing a home recorded set along with many other great bands and DJs. See their website for more information. You can watch the set back on Youtube.

Laura had a chat during lockdown with the Welsh Music Podcast as part of Dydd Miwsig Cymru, and chose Tatay by Gorky’s Zygotic Mynci for her favourite Welsh album. You can listen here.

The new video for Harasho (Хорошо) is up now. Watch on Youtube or Am. It was made by Laura during lockdown and features older footage from Moscow, Lapland and the ice festival in China.

Harasho (Хорошо) single from the album Isle of Dogs is out on Friday 11th December 2020. Buy/stream here. It’s the first She’s Got Spies song written in Russian, after Laura’s time living in Moscow, and means ‘Alright’.

Isle of Dogs is out now! You can buy the CD and limited edition deluxe cassette (from 10am GMT) on Bandcamp and on all digital platforms. Happy to be able to share this after all the delays this year, so hope that you enjoy it in these strange times.

Super Sniffer Dogs is out now and available on all digital platforms and on Bandcamp. You can watch the video starring Gizmo and Hamish the super sniffer dogs on Youtube or the Zelebritee channel on Am. The video was filmed in Cardiff, London and Liverpool.

New single Super Sniffer Dogs will be released on Friday 23rd October on Zelebritee.  Featuring Frank Naughton on piano, guitar and bass and Andy Fung on drums, it was recorded in the first week of January 2020.  Produced by Gruff Meredith and Frank Naughton, it was mastered by John Davis at Metropolis.  Presave the single here.

Thrilled to announce that the new album Isle of Dogs will be released digitally, on CD and limited edition cassette on Friday 6th November 2020 on Zelebritee. It will be preceded by digital single Super Sniffer Dogs on Friday 23rd October. Further details to follow… 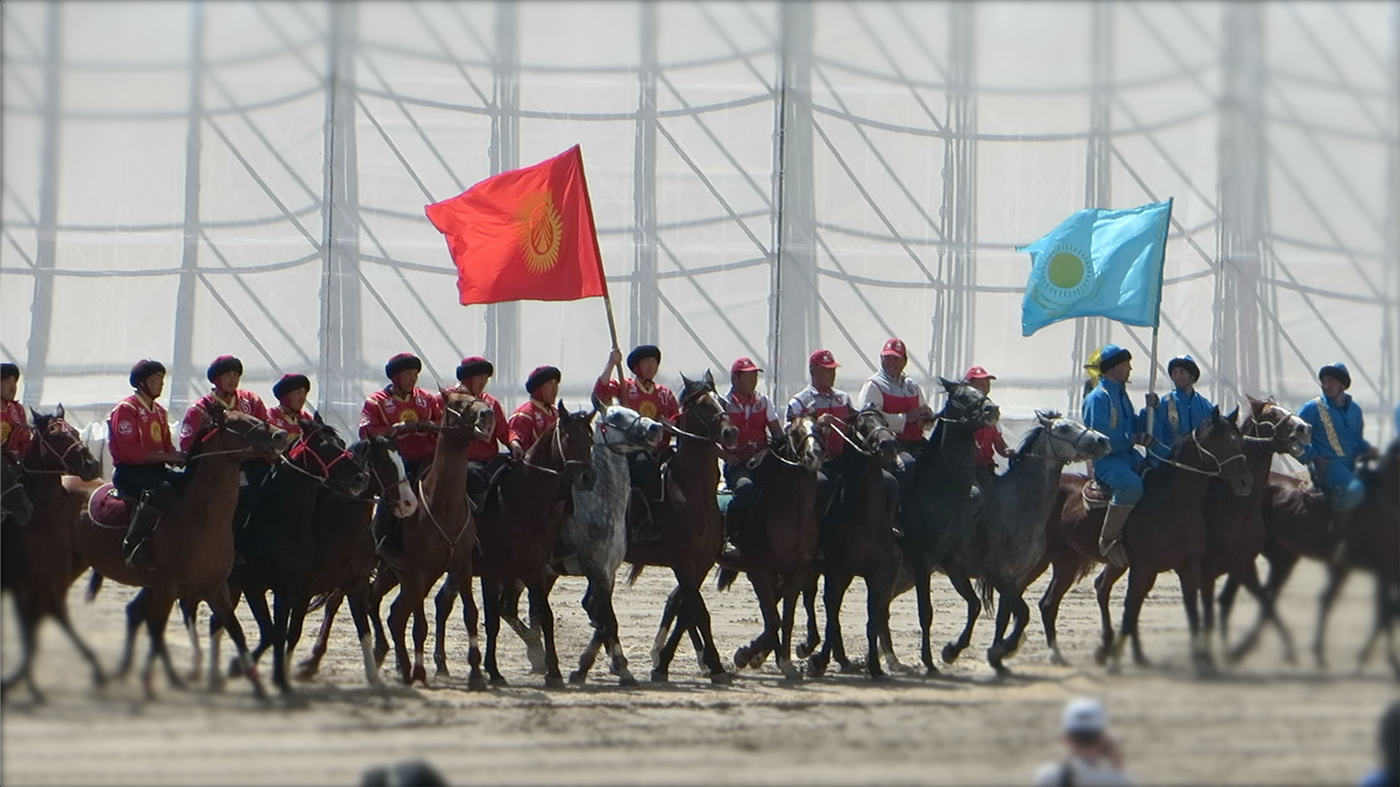 While everything has been on hold in the lockdown I made a video for Rhaid I Mi Fynd (I Have To Go) with footage I took in Kyrgyzstan in 2016. It is a beautiful, fascinating country with nomadic people, so thought it suited the nomadic feel of this song. Watch the video on Youtube. 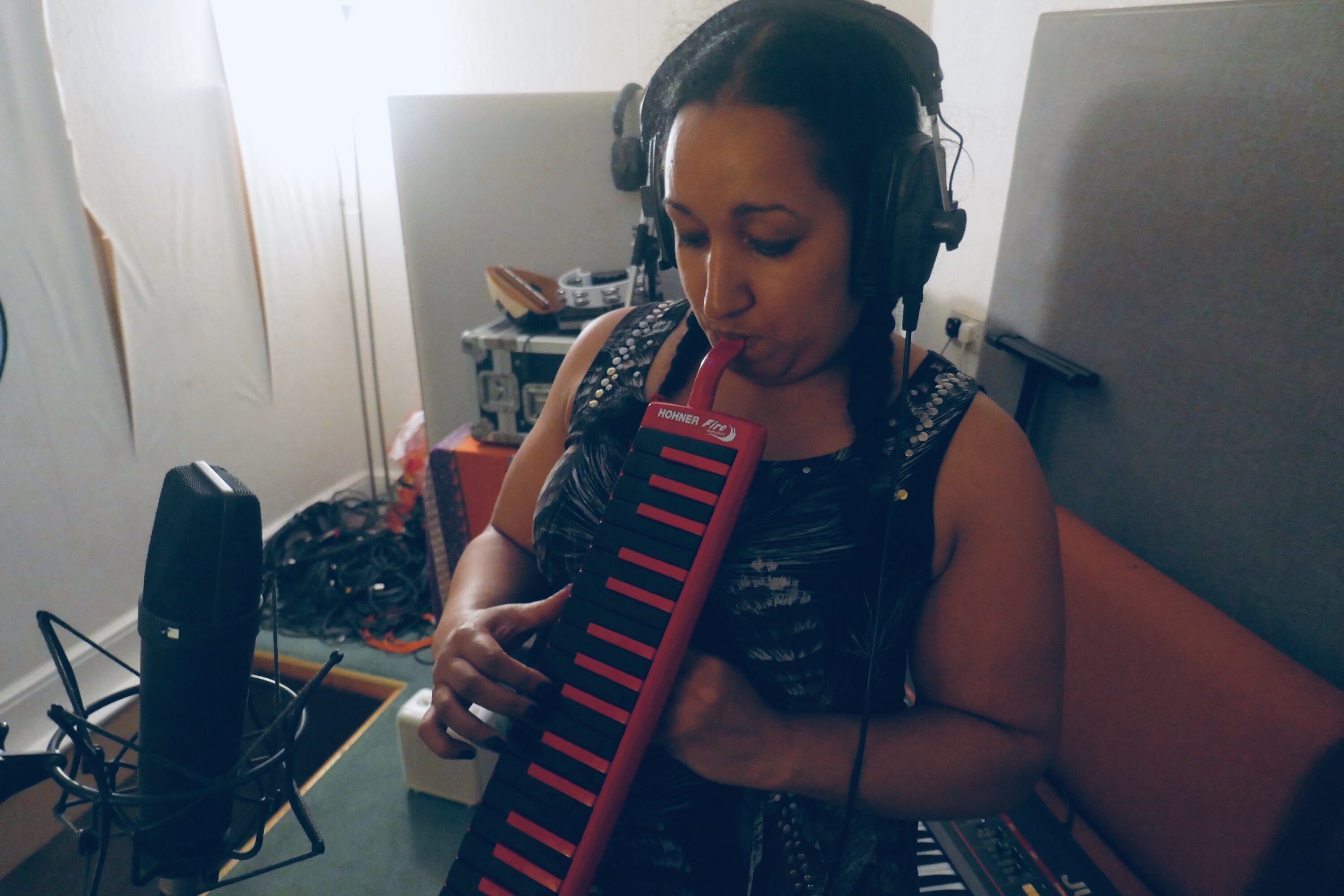 Over the last few months have been recording the second album, which features songs in Welsh, English and Russian this time. Just before completion, a certain virus put everything on hold, so looking forward to getting it out there eventually! 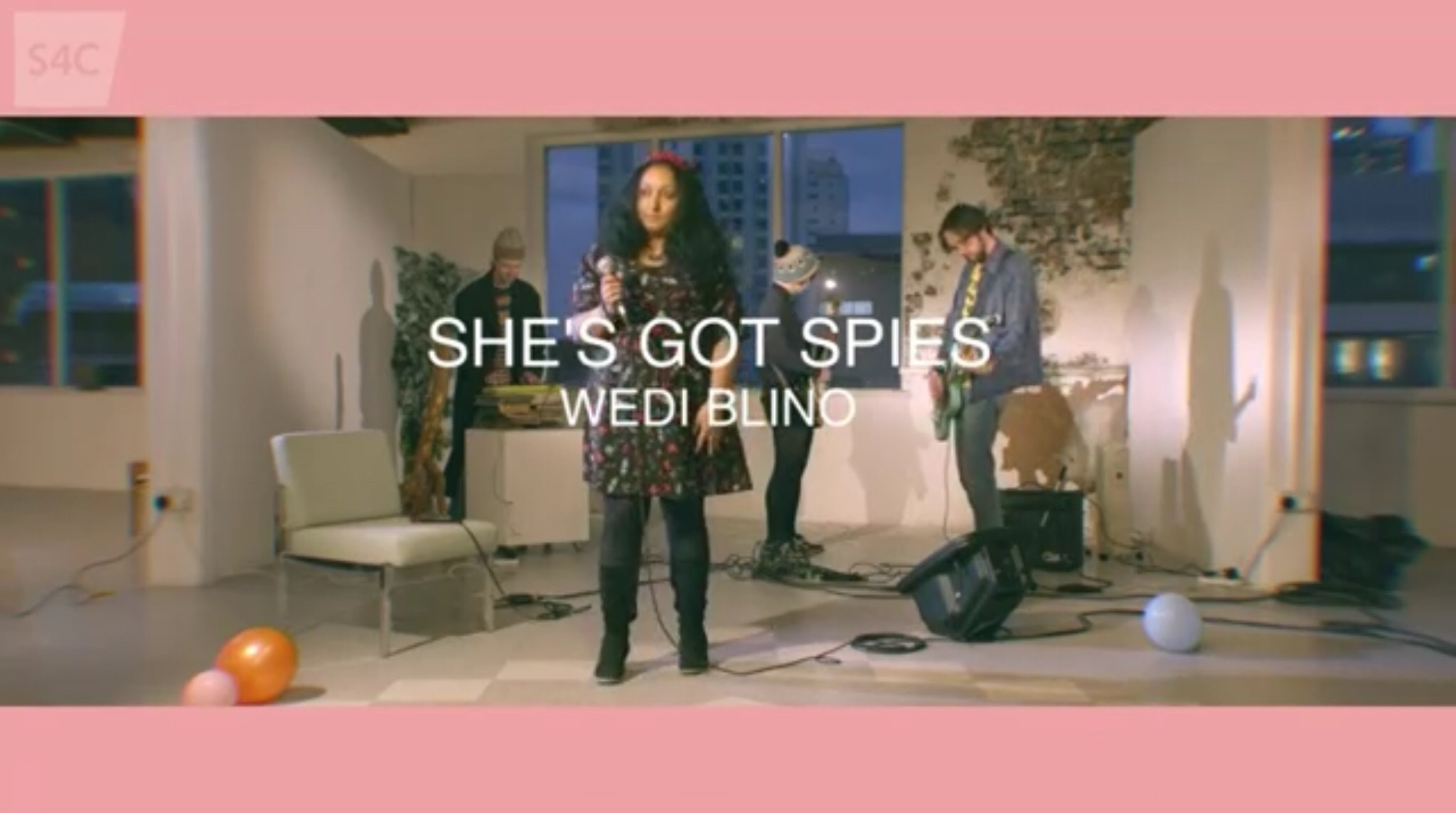 On 23rd January 2020 we were featured playing Wedi Blino on S4C’s Lwp Curadur, curated by Gruff ab Arwel, of the brill band Bitw. It is currently available to watch again on S4C Clic, or BBC iPlayer. 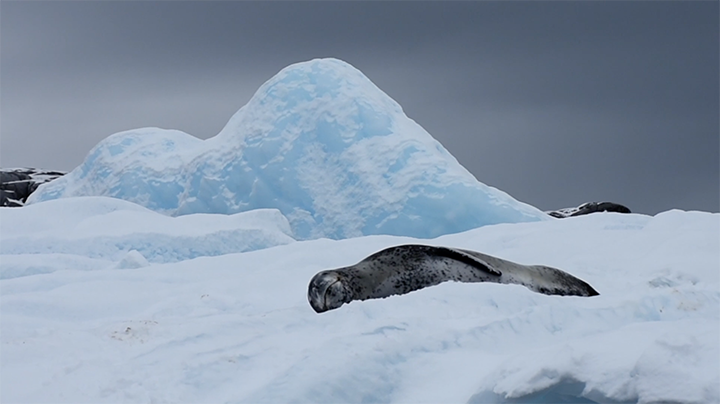 Now up is a new video for Wedi Blino filmed in Antarctica! Laura was lucky enough to win a trip to a surreal destination she’d always dreamed of visiting last year, so she made this from her footage from the trip. Always trying to push the limits of what can be done with a zero budget DIY video! Watch on Youtube. 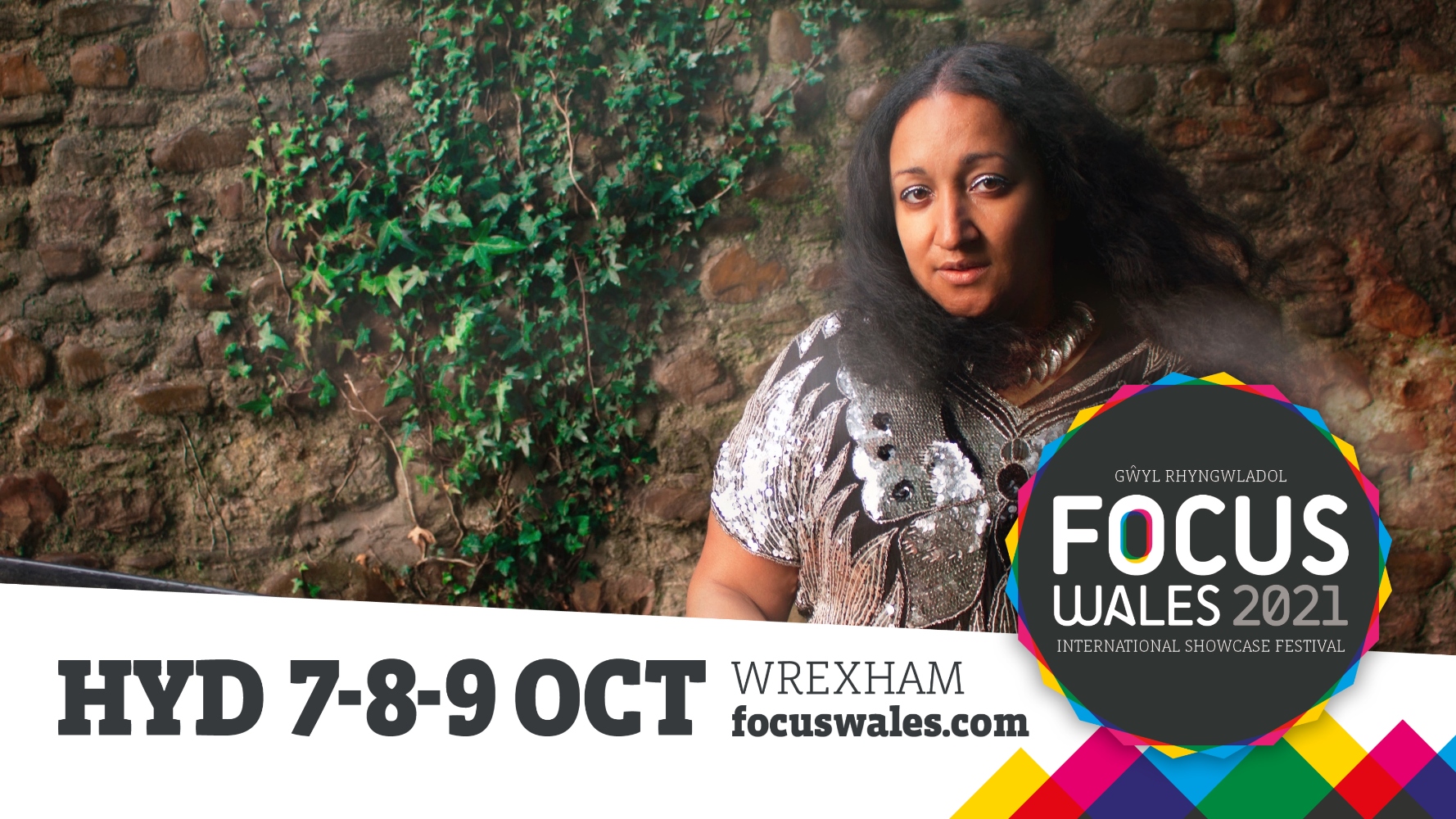 We are thrilled to announce we have been invited back to multi-venue festival Focus Wales in May 2020. More information and tickets can be found on their website www.focuswales.com. 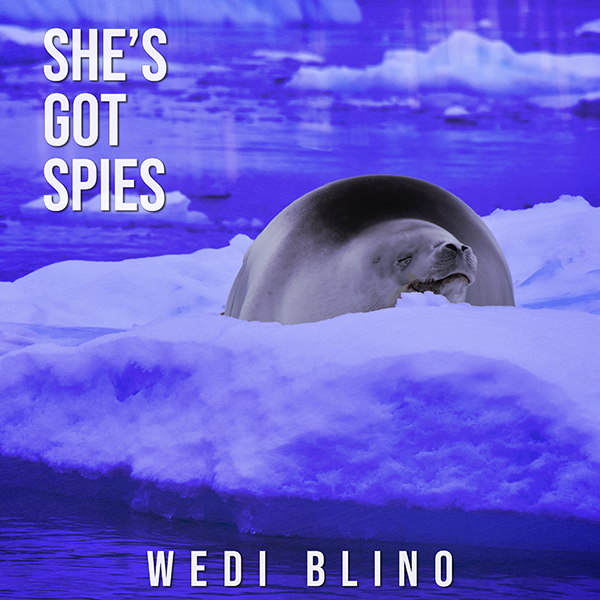 New single Wedi Blino (’Tired’) will be released digitally on 8th November 2019 on Zelebritee. It will be available from all major online stores. This is the first single from the new album, which we have been in the process of recording recently, and are looking forward to sharing in 2020. 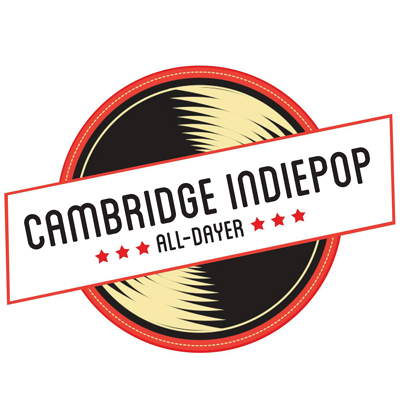 We have been added to the lineup of Cambridge Indiepop Alldayer, which is on Saturday 9th November in The Blue Moon. Full line up and tickets can be found on the Facebook event page here. **UPDATE** Tickets have now sold out. 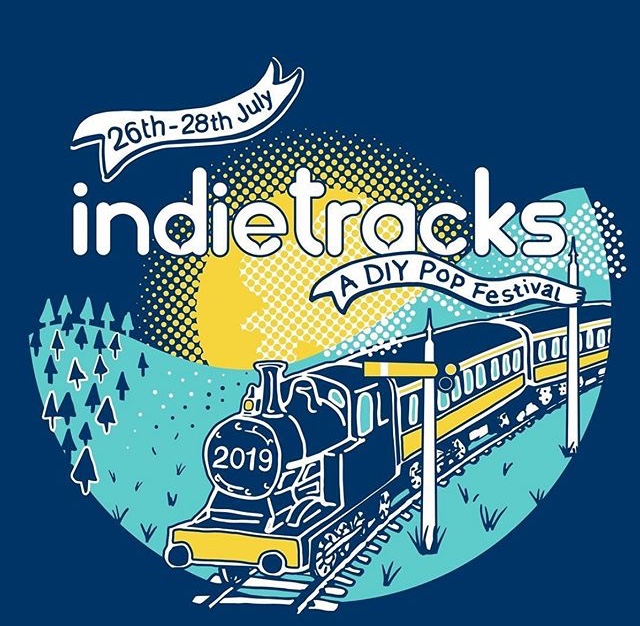 Indietracks festival is coming up soon! We’ll be playing on a moving actual steam train on Sunday 28th July at 1:30pm. Weekend and day tickets available 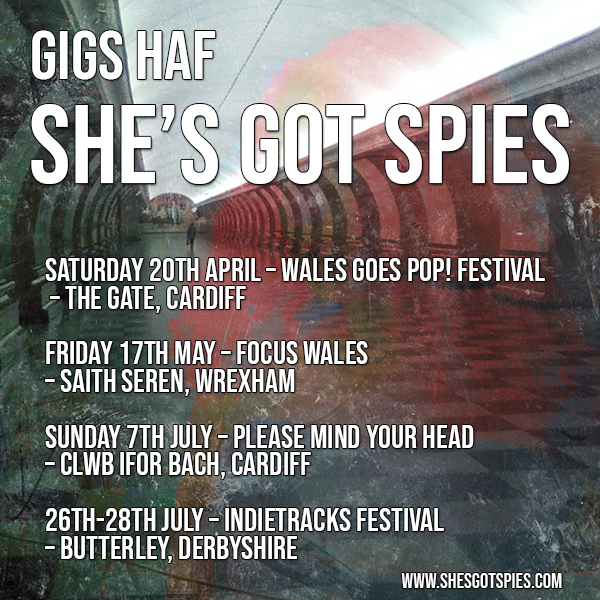 Here are the gigs coming up this summer so far. Hope to see you at a venue or festival field soon! 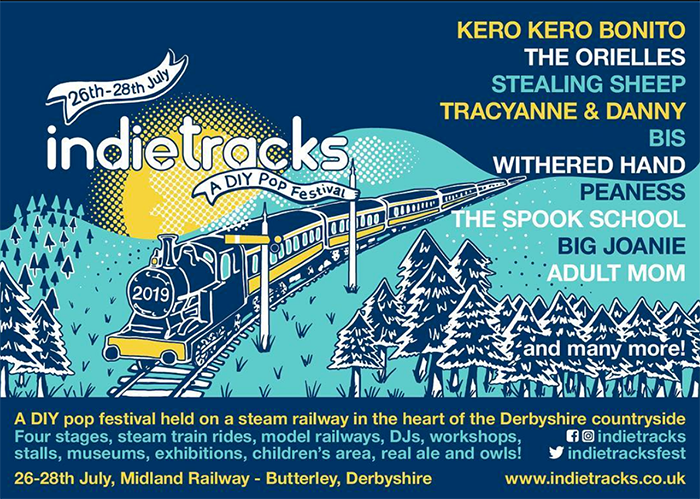 She’s Got Spies are excited to announce we will be playing at this year’s Indietracks Festival in July! Early Bird tickets are on sale now here.

She’s Got Spies are pleased to announce we will be playing at the Wales Goes Pop! festival in Cardiff on Saturday 20th April. See the full line up here. Also more festivals to announce soon, plus more new gigs on the gigs page. 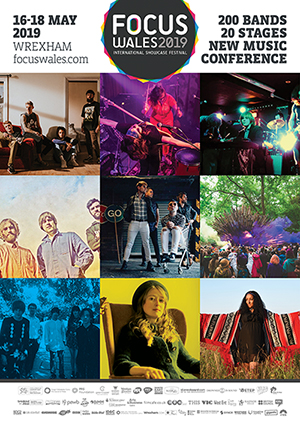 She’s Got Spies will be playing Focus Wales festival in Wrexham on Friday 17th May 2019. See the full line up here. 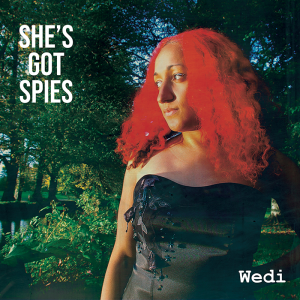 She’s got Spies album ‘Wedi’ on CD now available on Bandcamp, and is available across record shops in Wales from September 14th. Digital album was released on all major online shops on September 14th.

Debut album Wedi will be released on 14th September on CD and digital download, released on Rheidol Records. Recorded between 2006 and 2009 it features 14 tracks released for the first time.

Laura was lucky enough to travel out to Antarctica recently, so performed Methu Meddwl onboard MS Expedition while anchored out in Neko harbour. See a video of the performance below: